I know that living in California it is not frequent to go to a friends house for dinner and have venison.  For that matter, even to go to a restaurant and  find venison on a menu is not common, people don’t even talk about venison or recipes for venison out here.

I grew up around hunters and my grandmother was a farmer so we pretty much tried everything from rabbit to venison.  What I do recall in eating venison as a child are the following 3 things:

Going to culinary school, we had a session where we had to make venison and of course anything we made we had to eat or try…did you just read my number 1, 2 and 3???  I did prepare a recipe for venison and I tried it and immediately I claimed that I did not like it.  I really didn’t have a chance to like it because of my memory from my childhood so I barely took a bite and immediately shared with the chef that it wasn’t good.

Boy have things changed for me…in the last year, I have been exposed to venison and  I have to say, if prepared correctly, it is amazing!  I was visiting Mississippi and Brannon (a 19 year old son of a friend) was so excited to share some of his venison sausage for me as he just had the meat processed.  I was freaking out as I knew I did not like venison, so what was I going to do????  Because Brannon was so excited to prepare it for me that I knew I had to try it and guess what?  I ended up LOVING it!!!  He gave me a sausage link which had pepperjack cheese mixed in with the meat.  So in my mind I thought “maybe the cheese disguised the meat as the meat did not taste gamey” and honestly,  if I didn’t know better, I wouldn’t have known I was eating venison.

Recently I was in Mississippi and was fortunate enough to try the “back strap” of venison, the back strap is the most tender and desired piece of meat on the animal.  I did take photos of how they prepared the meat but I have to say I was not prepared to do a post on it so the photos show you an idea of how the back strap was prepared. 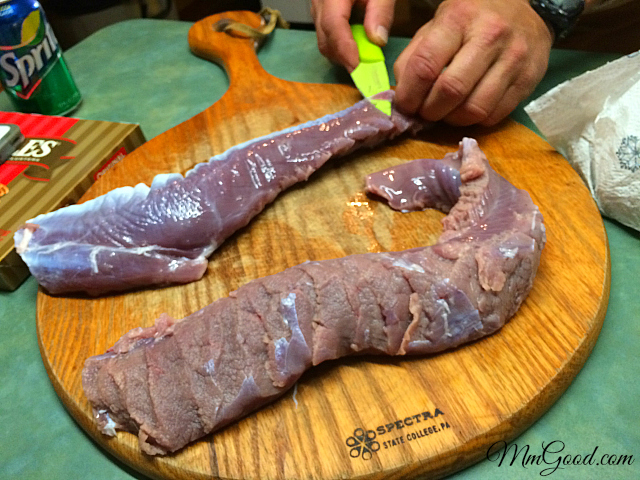 Frog then cut the meat in half and tenderized the meat, using the end of a beer bottle.  I thought it was pretty creative in using the beer botter and I found that the beer bottle did a better job tenderizing the meat than any tenderizer I had ever purchased

Peyton then did a weave pattern using bacon, because venison has no fat in it the bacon adds the fat to keep the meat tender and moist 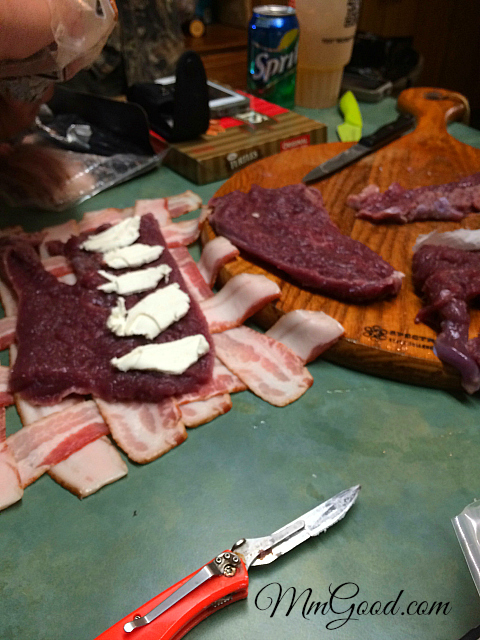 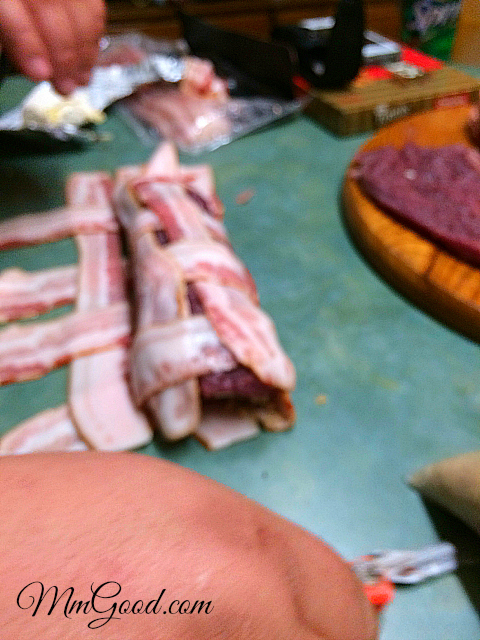 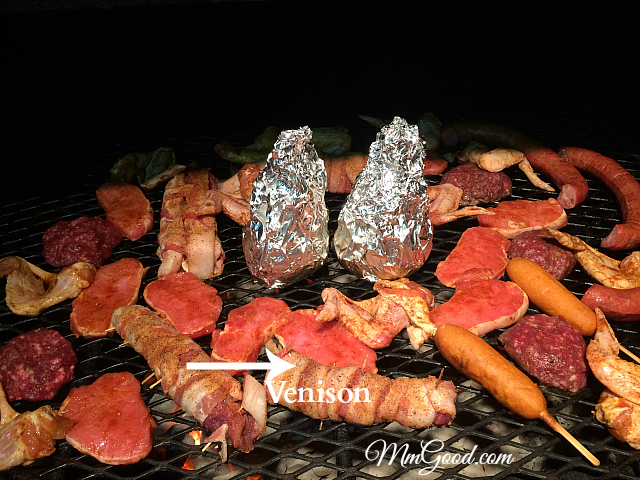 He cooked it until it was cooked through 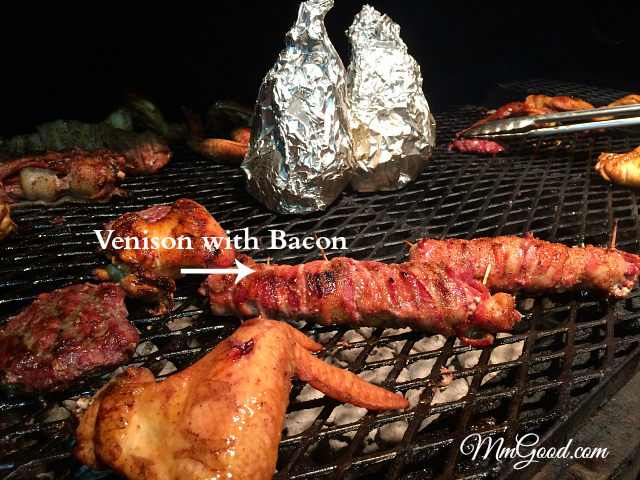 While it was cooking, I got to go on a “mud ride” and so when I returned everyone was so excited for me to try venison.  I have to be honest, I was a little nervous as what if I changed my mind and I didn’t like it again and what if it was gamey, I didn’t want them to feel bad if I didn’t like it.  I walked over and looked at the cooked meat, sliced a piece off and figured “no matter what just chew and swallow”.  I took my first bite…OMG…it was amazing, I even ate some more of the venison as it did not taste gamey, it was moist and very flavorful.

While I am not posting an exact recipe, as the meat cuts vary, just follow the steps above and cook the meat until it’s cooked through.  For those of you who are new to exploring cooking venison or a regular at cooking venison, please email me at Patty@MmGood.com and me know what you think of this recipe.

Thank you for visiting my site.

If you enjoyed this recipe, please leave a comment and if you enjoy my site, please subscribe to my site.  To subscribe, go to the box listed on the top of the page “Subscribe Via Email” and input your email address.

**In subscribing, you will be emailed a link to confirm the subscription, be sure to click on that link to activate your account. 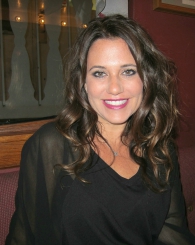 My name is Patty Limatola-Tanenbaum and I am a “certified chef” who graduated from the Westlake Culinary Institute. While I have the experience from culinary school, I’m really only a home cook that loves to experiment and try new things. I am a single mom of two teenaged children and everyday my children teach me invaluable lessons about life.

I love unexpected guests coming to visit. Always b

I “bell”-ieve I just fell in love. Loving the

I ♥️ being Italian and just “whipping“ som

Nothing better than spending time with you...even

This is how we Italians do it for Christmas Eve...

It’s beginning to feel a bit more like Christmas

Playing around with my new BBQ...wish me luck! #L


Error: API requests are being delayed for this account. New posts will not be retrieved.

Sign up to receive new posts direct to your inbox